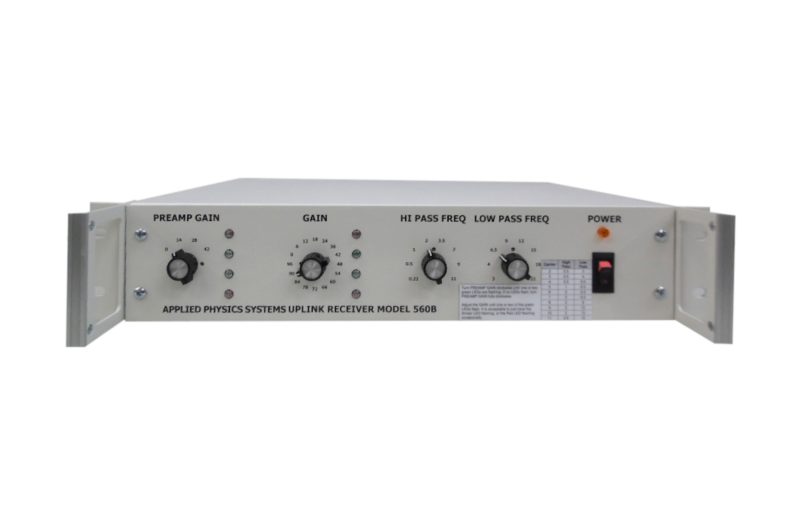 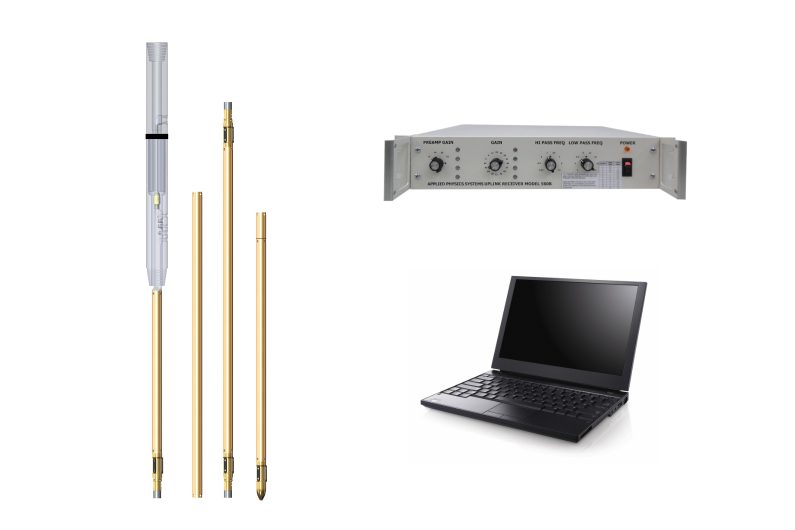 The Applied Physics Systems Model AP225 Electric Dipole Transmission System measures and transmits downhole data to the surface, enabling the directional drilling of a borehole. Data is transmitted by electromagnetic signals from the drill bit up to two miles deep (1300 feet to the surface) at 1 to 5hz.

Data transmitted typically includes the inclination and azimuth angles of the borehole, the drilling system toolface (roll angle), and the tool temperature. The system can also be configured to transmit accelerometer and magnetometer sensor values, which can then be used to calculate the borehole angles.

The System
The system consists of the following components:

Model 560 Top End Unit
The Top End Unit interfaces with the system and provides power for the downhole probe.

Model 574 Downlink System
The downhole system includes a laptop with a 16-bit A/D installed. An RS-232 port is required on the computer to display the azimuth, inclination, gravity toolface and magnetic toolface.

Software
Applied Physics Systems EM HDD Locator software is a component of a system for guiding directional drilling that includes a Model 750 DI for orientation of the drill and a magnetic field generator which generates a field that can be seen by the DI. Receiving the magnetic field from the antenna allows the software to calculate the location of the DI. Locator software works with both a DC applied field and an AC applied field. The AC field method is generally superior because the environmental noise is much lower, so the system can achieve longer range localization with less power to the magnetic antenna. Also, there is no need for an operator to switch the current direction.

The Electric Dipole Transmission System is approximately 222 inches long and uses 1.875” diameter pressure barrels for system electronics and batteries. The same basic system can be used with 4.75”, 6.5”, 8” and 9” drill collar sizes. Mounting spacers enable the use of drill collar sizes greater than 4.75”. To stabilize the tool string in the drill collars, rubber finned centralizers are used to connect the various system pressure barrels.