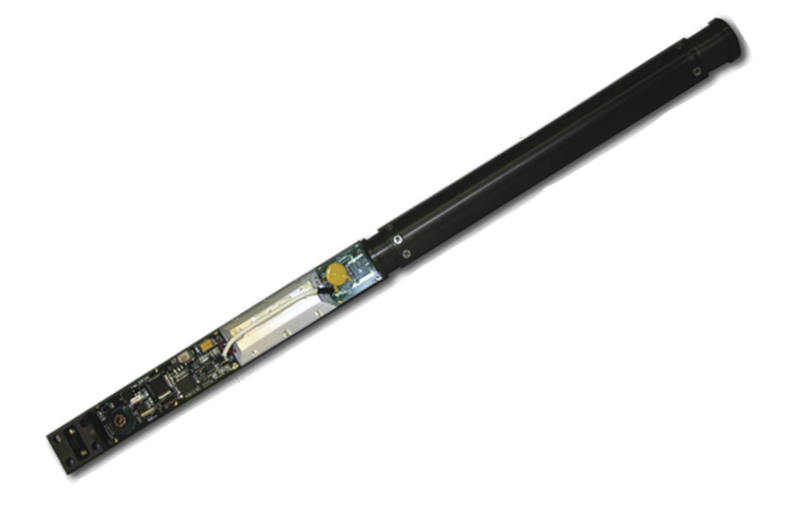 The Model 851 can be used either as a standalone system or with the Model 760 or Model 850 directional sensors. To achieve high gamma sensitivity, a scintillation crystal is used to detect gamma rays.

Two communication protocols are available over a bidirectional serial data link to the surface: ASCII and binary at up to 9600 baud. An ASCII data stream can be easily displayed on a video terminal while binary is used for high speed computer to computer interchange.

When the Model 851 is used with a Model 850 directional sensor, a NET interface is used for communication. For the NET configuration, data from the Model 851 is continually requested by the Model 850 Directional Sensor and is combined with directional data and transmitted out the 850 main serial data interface.To achieve high gamma sensitivity, a scintillation crystal is used to detect gamma rays. The sensitivity (in a 1.875 inch beryllium copper pressure barrel) is 0.5 count per API.