Accurate Inclination and Azimuth while Rotating 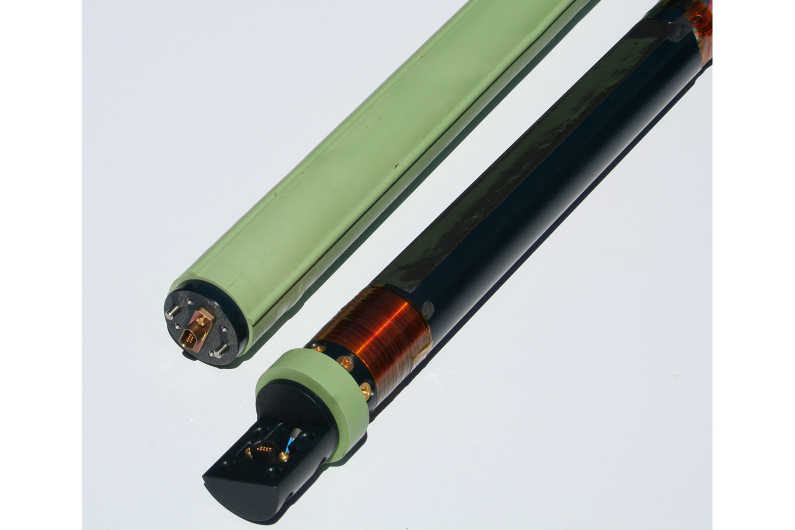 The Applied Physics Systems Model 760 is a directional sensor based on our flagship Model 750 platform that incorporates several exciting new features in a more rugged package. Among the new functions added are accurate inclination while drilling (rotating) and real time rotation detection with accurate RPM reporting up to 300 RPM. The new design also uses a stronger chassis and includes a real time clock which enables vibration, flow, and rotation data to be reported in real time and/or logged.

The Model 760 contains 3-axis fluxgate magnetometer and 3-axis accelerometer packages, both are temperature calibrated to operate through the entire operating temperature range of the system. The combination of these two sensor systems enables determination of the toolface, inclination, and azimuth angles of the directional sensor.

The Model 760 communicates over a serial bidirectional TTL interface. The serial-in and serial-out lines operate at TTL levels and are normally set to operate at 9600 baud with one stop bit and no parity. The user can change the baud rate, as well as other user-definable settings, using the Directional Sensor Configuration Utility.

The Model 760 can also be configured to either end data when queried or can be run in an “autosend” mode that continuously sends data in ASCII or binary protocol upon power-up.