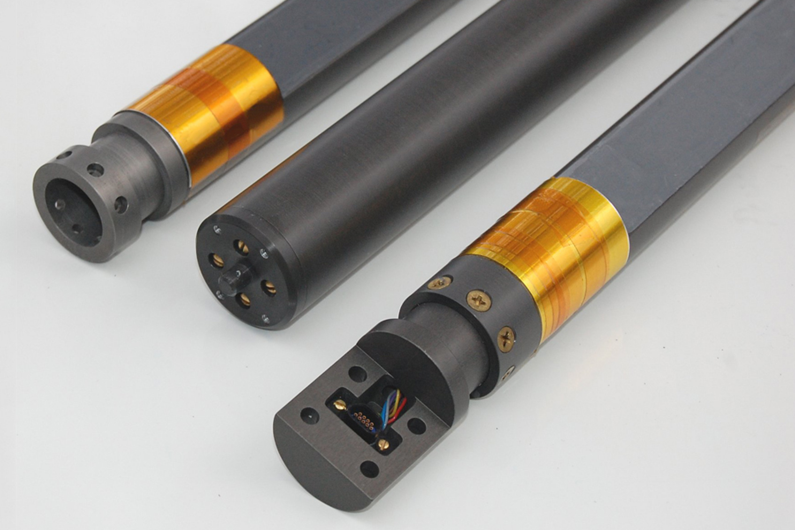 The Applied Physics Systems Model 750 Directional Sensor is our flagship survey instrument that enables high accuracy measurement of the toolface (roll), inclination, and azimuth orientation angles in borehole logging and drilling applications. Because of its small size, it is particularly well suited for use with completion systems.

The Model 750 contains 3-axis fluxgate magnetometer and 3-axis accelerometer packages, both are temperature calibrated to operate through the entire operating temperature range of the system. The combination of these two sensor systems enables determination of the toolface, inclination, and azimuth angles of the directional sensor.

The Model 750 communicates over a serial bidirectional TTL interface. The serial-in and serial-out lines operate at TTL levels and are normally set to operate at 9600 baud with one stop bit and no parity. The user can change the baud rate, as well as other user-definable settings, using the Directional Sensor Configuration Utility.

The Model 750 can also be configured to either end data when queried or can be run in an “autosend” mode that continuously sends data in ASCII or binary protocol upon power-up.

The Model 750 system is also available in multiple different configurations with some versions including an internal modem to enable communication via wireline for applications involving logging or Horizontal Directional Drilling (HDD).