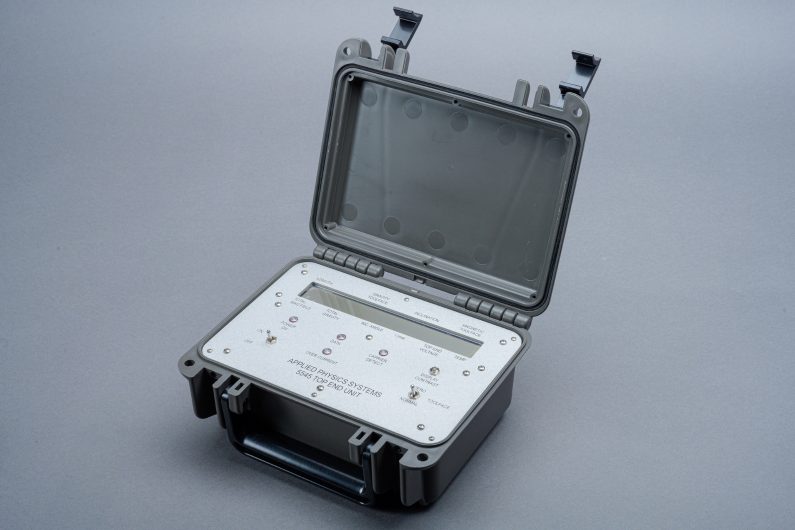 The Applied Physics Systems Model 175 horizontal directional drilling kit provides high accuracy measurement of toolface (roll), inclination and azimuth orientation angles in borehole logging and drilling applications. It provides precision along the path of drilling and on exit with ±0.1o for toolface and inclination and ±0.3o for azimuth.

The system consists of the following components:

The downhole probe assembly consists of an orientation Sensor shock mounted in a 1.75” diameter by 29” long pressure barrel.

The top end unit provides power for the downhole probe and displays the measured orientation angles, the temperature compensated accelerometer and magnetometer sensor outputs, downhole voltage, current draw, and temperature. During operation, toolface and inclination averaging can be used to dampen vibration noise due to drilling. This enables accurate orientation data to be obtained while continuing to drill.

The driller’s display, a large daylight viewable LED display, indicates azimuth, inclination, and gravity toolface or magnetic toolface and is housed in a water resistant case.

Drill gamma software enables a laptop computer to display the downhole orientation and sensor data. In addition, the software captures and saves data to logging files. These logging files store all of the downhole data together with depth information, which is typically entered manually.