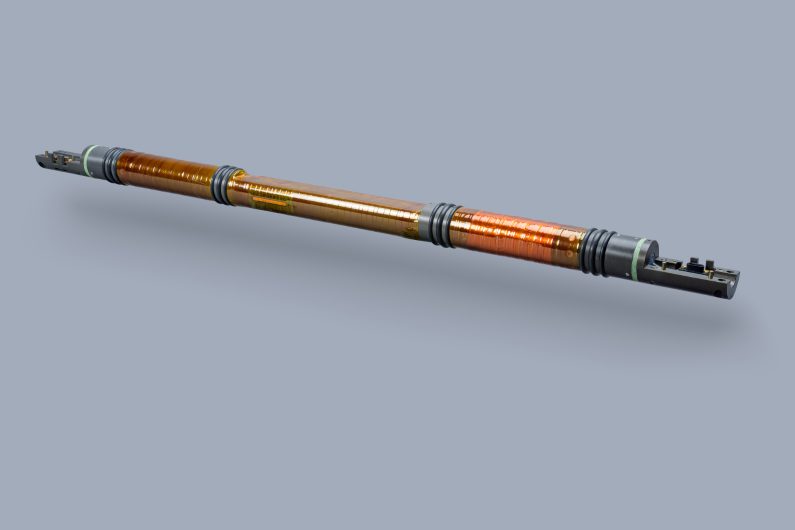 The Model 1150 sensor contains both a 3-axis flugate magnetometer and a 3-axis accelerometer. The combination of these two sensor systems enables determination of the toolface, inclination, and azimuth angles of the Model 1150 reference frame. The toolface and inclination angles are calculated from the accelerometer sensor outputs. The magnetometer sensor outputs are used to calculate the system azimuth angle.

In addition to A-to-D and flash memory interfaces, the Model 1150 has a digital serial interface. This interface transmits either the magnetometer and accelerometer outputs or the system orientation angles.

The Model 1150 can also be configured to either end data when queried or can be run in an “autosend” mode that continuously sends data in ASCII or binary protocol upon power-up.